How a meme landed me my dream job

Let’s rewind a bit. It’s 2012 – the year Facebook went public on the stock market and people were posting photos to Instagram with a very heavy sepia tone from their iPhone 4. The influencer culture that we are (dis)graced by today hardly existed or had yet to discover Byron Bay or Coachella. It was also the year when many millennials found themselves released from the comfort of university and pushed into a world navigating the after-effects of the global financial crisis (GFC).

One of those millennials was me. I’d just left university, with a piece of paper in the form of a degree in one arm and a Mount Everest load of student loan debt in the other. I had belief in myself. And I knew I was headed somewhere – although the destination was unknown. That piece of paper in my arm? It was a Bachelor of Arts majoring in event management and advertising. At this stage, I’d already been working at Rhythm and Vines, a three-day music festival, for the past three years during the summer, but had yet to lock down a full-time job. This festival job involved working behind the scenes in a department called artist liaison – think: all the logistics a touring artist needs when appearing at a music festival (accommodation, flights, transport and hospitality). Essentially, the role blends relationship management, logistics and hospitality to ensure the reputation of the music festival is kept in check within the touring industry. Yes, I’ve met some very famous people, and no, not all of them were divas!

This experience gave me the tools needed to create a meme. Seriously. Not even bloody joking. Okay, maybe exaggerating a bit, but that’s part of a good story ain’t it not?

Now you’re probably lost. You’re asking: what does the year 2012, a degree, a mountain of student loan debt and a bit of experience in the entertainment and event industry have to do with anything?

Trust me. It gets better.

2012 was the year that I posted the meme. This one right here. It was a meme that would eventually get me my future dream job(s).

The post in question amounted to 796 shares and was based on a popular templated meme that was making waves on the interweb at the time. It went viral.

Then a tsunami of friend requests from random people came. I couldn’t tell who actually really wanted to be my friend. My interest suddenly piqued when someone I assumed was real added me. Her name? Danielle*. Thanks to Danielle’s semi-public Facebook profile, I find that she works in the entertainment industry in the United States, touring around with some of the biggest music festivals and artists you’ll ever see – working in the exact department that I had been working in at Rhythm and Vines – artist liaison.

I obviously had to message her.

And then I saw a ghost.

My message was short and sweet: “Hello” with a smiley face… REALLY?! Is that it? Clearly the rigorous comms training on MSN Messenger in my teens had done me well.

Then… nothing. No reply.

Sending a hopeful ‘Hello’ via Facebook Messenger … only to be left on read.

Five months go by and I’ve managed to organise a visa to live in the United States. Barely 23, with a degree, that mountain of student loan debt, that bit of experience in the entertainment and event industry and a no reply from Danielle. Off I fly to Los Angeles.

Ten days after arriving, I decided to give it another shot and message Danielle again on Facebook Messenger. I also emailed. Added her on LinkedIn. And go to her house to knock on her door. Okay, that last part didn’t happen. That’s creepy. Don’t do that.

“I do admit that I did have a little bit of a browse…” – it was a bit more than a browse. A borderline (but highly professional) stalk.

Then, a week later I received a reply. It’s Danielle welcoming me to the USA and offering me a position at a festival called HARD Summer in Downtown Los Angeles – the gig starts in less than two weeks. Of course I accept, it’s the epitome of the experience I was looking for as a 23-year-old trying to find his feet in the industry. Danielle and I get along like a house on fire and I woo the team with my very exotic New Zealand accent. I’ll never forget standing on the side of the stage and having that ‘pinch me’ moment.

As I continue to tour multiple festivals with Danielle throughout San Francisco and Chicago (such as: Outside Lands, Riot Fest, North Coast Music Festival), I keep in contact with someone I worked with at HARD Summer in Los Angeles. Sophie* is her name, and she works for a yoga and lifestyle festival brand called Wanderlust at their head office in New York City.

I eventually moved back home to New Zealand and found myself working long hospitality hours – all whilst spending my spare time up-skilling in copywriting, content creation and trying to navigate New Zealand’s small entertainment and event industry. A couple of years fly by, but the connection continues with Sophie, especially upon finding out that Wanderlust is opening a Australiasian office.

I get on the emails again. And ask Sophie for a connection.

I send an email to this connection.

And I get a reply. There’s a marketing coordinator position available.

I’m then offered the job. And move from Auckland to Sydney for the role. I knew this was the beginning of something good. There was something that felt right about it, just like when I stepped on that plane to Los Angeles.

From here, I saw myself step into the roles such as brand manager, community and digital media manager, director of client services for ethical, lifestyle and mindful-centered businesses – and now, account director at Young Folks. Because of these roles, I’ve spent some of the best years of my life getting to work alongside brands such as Adidas, Lululemon, Carriageworks, Merivale, Tourism and Events Queensland and Aveda.

The moral of the story?

Think outside of the box. Take a chance. Sometimes the best ideas are the ones that are the most novel and unexpected. But, almost paradoxically, being unexpected doesn’t mean you shouldn’t consider being strategic. Approaching a content strategy can come in multiple different forms, it could be as simple as posting a meme and having the desired objective in mind to reach your target audience. Essentially, as simple as that is, it is still an effective strategy. Or it could be a little more complex like a campaign plan that has multiple objectives across various channels and audiences.

Either way. Meme or other. Are you planning to get people’s attention? And if so, how? 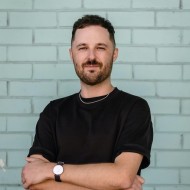 Having worked in-house, at an agency and as a freelancer for lifestyle and entertainment brands – hello to the likes of Carriageworks, adidas, Tourism and Events Queensland, Aveda and quite a few more – Jared has done it all. He’s executed campaign plans, directed content producers and grown digital channels, using his skills and creativity to leverage the potential of everyone involved in the project. However, he came to the conclusion he wanted to bring all those skills and experience together and work with an organisation that challenges marketing’s status quo. Young Folks is just that place. Based in sunny Sydney, Jared is a big fan of the beach and nature, an avid gig-goer, and rather likes it when other people make him tacos and margaritas. That’s shorthand for he eats out a lot and has a particular fondness for Mexican food.

Our Melbourne and Sydney studios are open 9am – 5pm Monday to Friday. If you’re a conscious company with a marketing project in mind, we’d love to hear from you.