At Young Folks, we spend a lot of time thinking and talking about digital media — from our favourite Netflix shows, to how influential digital media can be in changing how we think and behave. One day, we were discussing an opinion-piece on Marie Kondo, and it got us thinking: what role did digital media have in creating the Marie Kondo phenomenon? Haven’t heard of Marie Kondo? To give you a brief summary, she published the book ‘The Life-Changing Magic of Tidying Up’ in 2014, which detailed ‘KonMari’, her organising method for decluttering possessions by type, holding each one and deciding whether it ‘sparks joy’. If it doesn’t, then it’s thrown away. Despite gaining a cult following after publishing her book, it was the Netflix special Tidying Up with Marie Kondo, that really catapulted Kondo into worldwide fame. That’s what I wanted to talk about today — how powerful digital media can be in transforming the success of a business or public figure. It’s no mistake that Marie Kondo’s show was produced for Netflix, rather than a traditional television network.

From notable author to online superstar

Tidying Up was released on New Year’s Day this year. Following its release, Google experienced an almost immediate spike in searches for ‘Marie Kondo’. Thousands of people adopted Kondo’s method and shared their ‘tidying up’ on social media, and the idea of things ‘sparking joy’ became a meme:

Marie Kondo holding my screaming newborn over the bin: but do they bring you joy?

After a heated discussion with Marie Kondo i’ve decided to throw myself in the trash.

The release of the Netflix series, and the almost instant increase in popularity for Marie Kondo, is a testament to how digital media can create exponential growth in brand awareness. While traditional print media gave Kondo a cult following, it was digital media that gave her a massive, viral following. Marie’s success in this realm gives us an idea of how quickly and widely digital media can circulate ideas and create change. One can go from having a relatively small cult following to being an international celebrity almost overnight — all due to releasing a TV series on a powerful digital platform. So, what role did Netflix play in creating Marie Kondo?

Netflix is known for being addictive and for adapting television to suit the online context. But what role might this play in creating online sensations like Marie Kondo? Binge-watching television is increasingly becoming the norm, with 90% of US millennials having binge-watched at some point, rather than people consuming television on a week-by-week or day-by-day basis. As for Netflix? It actively encourages binging as the consumption method. Think about it — you finish watching an episode of a show on Netflix, and the autoplay feature miraculously makes another episode start playing, and then all of a sudden you’ve been watching TV for 5 hours and you don’t know what day it is. This is backed up by the Netflix CEO, who says that sleep is their biggest competitor. It’s no mistake that Marie Kondo’s show was produced for Netflix, rather than a traditional television network. The nature of binge-watching means that people could watch the entire series of Tidying Up in a very short space of time, and then almost immediately start talking about it on social media. It exists within the context of the internet, and it’s the internet that is responsible for her “going viral”. Not only does Marie Kondo now have 2.4 million followers on Instagram, but Netflix shows have a history of spawning internet celebrities very quickly, with Noah Centino, star of To All the Boys I’ve Loved Before, going from 791,000 instagram followers before the show’s release, and 9,500,000 within a month of it airing. While Marie Kondo gained success from publishing, it’s clear that bringing her brand into the digital space (and in a big way) gave her reach, influence (and, arguably, success) she otherwise would not have encountered. Having a strategic, multi-channel approach to brand growth is vital to growing your business.

Ok, but what does this mean for those of us who aren’t Marie Kondo?

Kondo’s exponential rise showcases how powerful digital media — in this case, Netflix and social media — can be in transforming the success of a brand. Kondo went from a relatively successful author to a household name (now casually used as a verb). As in, you can “Kondo” your house. While not all of us can be Marie Kondo (wait, actually none of us can), that doesn’t discount what this means for those of us who are trying to become successful, especially those of us who run businesses. Having an online presence — and a good one at that — can do wonders for your brand awareness. So, what can other brands learn from Marie Kondo? Well, it’s crucial to have a marketing presence across multiple channels — and not just on social media platforms (the recent Facebook and Instagram outage is testament to this, too). Kondo’s popularity on social media is a byproduct of her presence in publishing and online streaming services. Successfully utilising digital media for your brand — whether it’s social media or something else, can be extremely powerful in increasing brand awareness. The takeaway? Having a strategic, multi-channel approach to brand growth is vital to growing your business. So, while most of us will never become a meme, we all might be able to learn a bit from Marie Kondo (and not just about tidying up). 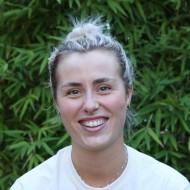 Hannah Seymour is a bonafide coffee lover and copywriting extraordinaire. Dogs (and people) gravitate towards her. She loves smashed avo (millennial kryptonite) and hates runny egg whites and mansplaining.

Our Melbourne and Sydney studios are open 9am – 5pm Monday to Friday. If you’re a conscious company with a marketing project in mind, we’d love to hear from you.